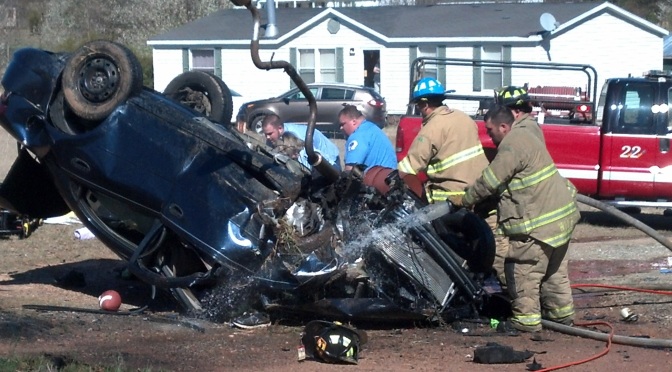 On March 19, Whitefield firefighters responded to a single car vehicle accident with reported entrapment and car fire on Willingham Rd. Upon arrival, several firefighters moved quickly to extinguish the car fire while others began working to free a victim from the wreckage. LifeFlight helicopter was dispatched to the scene and a landing zone was secured by firefighters. Two patients were taken by ambulance and helicopter to local hospitals for treatment of their injuries. Williamston and Belton EMS assisted at the scene.